Simon Kenton, who lived April 3, 1755 - April 29, 1836, was a famous United States frontiersman and friend of Daniel Boone. He was also a prominent figure in local history which earned him memorials in the Simon Kenton Bridge and the Annual Simon Kenton Festival in Old Washington Kentucky. He is particularly remembered by his descendents who keep his memory alive through geneaology.

Part of the collection of historical artifacts owned by his descendents include the Simon Kenton Family Bible. Family Bibles have traditionally been handed down through generations as family heirlooms. They often contain important family records such as births, marriages, and deaths. A great deal of modern geneaology research either begins or ends with these bibles, depending on how well they were kept up. Below are excerpts from the Simon Kenton Family Bible: 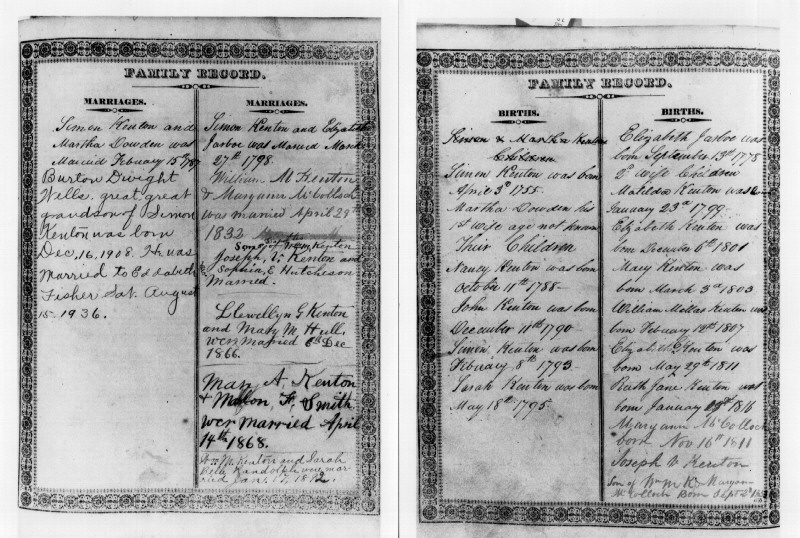 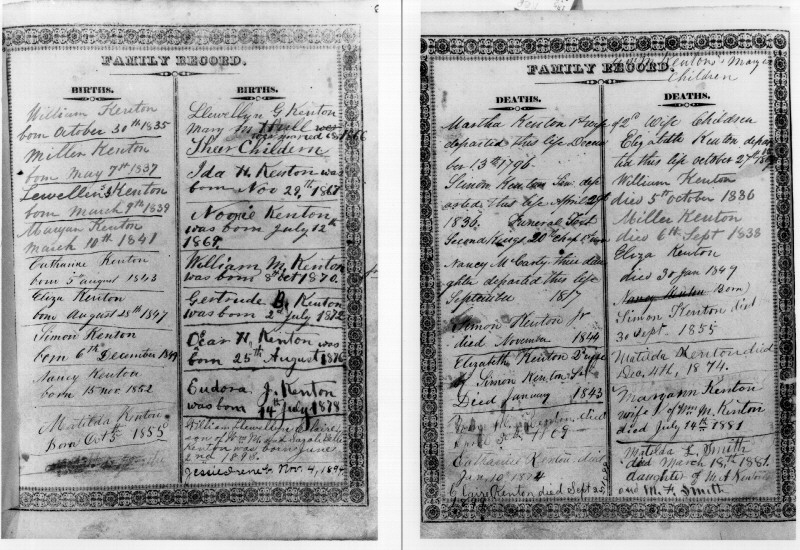 posted at 2:35 PM by Jeremy Parnell

Send comments, and suggestions to:

If you like this blog, check out Ken Downing's Mason County Kentucky Blog as well!

This work is licensed under a
Creative Commons Attribution 3.0 License